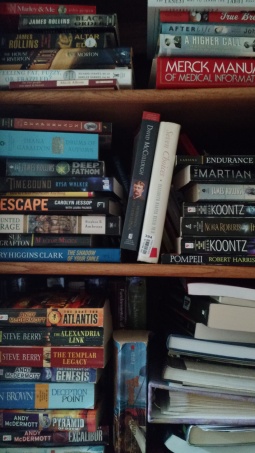 It’s Week #26 of the #MFRWauthor Blog Challenge, which means it’s also the midway point for the year. As they say, time flies! This week, we’re talking about my muse (otherwise known as “why I write”).

Grab a cup of coffee, folks, and settle in for some backstory…

I’ve been a reader since I could hold a picture book. One of my most vivid childhood memories is of my mother telling me to go outside and play before summer break was over, but I was much happier sitting somewhere in the cool house, devouring Nancy Drew books. When I ran out of those, I hopped on my bike and rode to the neighborhood library for more – alone, even though it was a couple of miles away (the adult in me shudders now, but you could do that without fear of abduction when I was a kid).

When I was about twelve years old, we drove from our home in South Florida to my cousin’s new home in Southern California, towing our tiny camper behind us. The entire floor of my side of the car was piled so deep in library books, I only had room for my feet (and they barely fit). After all, we were going to be gone for three whole weeks! In the pre-Kindle days, you had to bring all the books with you that thought you could read, or you risked being bored and having to sing “Ninety-nine Bottles of Beer of the Wall” to entertain yourself on a road trip. And, you know what? I’m pretty sure I read the vast majority of those books on that trip.

So, when I got my hands on my first romance books, The Flame and the Flower and Shanna, by Kathleen Woodiwiss, I was hooked. Passion! Romance! Good-girl-tames-handsome-untameable-rogue! I loved ’em and figured I could write my own romance novel, too. Without a clue as to what I was doing, I wrote a 90,000 word manuscript that probably weighed five pounds. This was no easy task in those days – everything was written on a typewriter. You could have NO white-out or mistakes on a page, so you did a LOT of retyping. After a few months (and many trashed pages), I shipped off a query letter and the first three chapters to Avon Books.

Wonder of wonders, they replied and asked for the full! I sent it out immediately, then spent the next three months chewing all my fingernails off and practically living by the mailbox daily while waiting for a response. Sadly, I got a form letter rejection.

Life went on. I got divorced, put myself through college as a single mom, and had no time to write, even though I really wanted to keep at it. However, the stories continued to flow through my head. And, then self-publishing became a thing.

You see, I’ve had a side gig since 2008 – I work with a friend who has an SEO business and another who does website design.  I write the web pages and some of the blog articles you encounter when you visit some of their client’s websites. So, I’ve been writing for a long time, even though it was more technical stuff than romance. I kept saying I’d get back to romance writing “some day,” but my SEO friend suggested (more than once) that I look more seriously at self-publishing. Then, fate hit me over the head when I encountered a real life romance author, Sharon C. Cooper, and got to pick her brain about her craft. After that, it didn’t take much to make me take the leap.

Some authors, like my daughter, August Kyle, have written stories since they were able to hold a crayon and scribble words on a page. I wish I could say I’m one of those people, but I’d be lying. The stories have always been there, they just haven’t found an outlet until recently. Now, my muse has given me more stories in more genres than I know what to do with and all those characters and ideas are coming to life. In fact, I woke up this morning with the bones of another story rattling around in my head.

In my case, I guess writing is like a dripping faucet. I’ve closed my eyes to it for so long, that now the insistent drip is becoming a flood. Watch for more Robin Michaela romances in the future!

This is a blog hop. Visit the other authors on the list to see what makes them write: 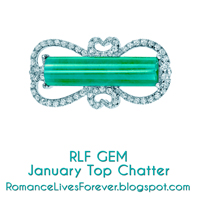